The Pulaski County SWCD was presented with this award for their efforts at the Tippecanoe River State Park. This project started in 2013 to address the problem of erosion along a part of the river bank.  Based on a study by FlatLand Resources, this erosion caused 67 tons of sediment to be deposited into the river annually.  In 2014, the Pulaski Co. SWCD received a Lake and River Enhancement Grant of $100,000 from the Department of Natural Resources. As a provision of the grant, the local SWCD secured 10% of the total project in in-kind contributions and labor. The District also received grants from the following businesses, individuals, and organizations: the Division of State Parks, Arrowhead RC & D, First National Bank of Monterey, Kevin and Kim Podell, a NIPSCO Environmental Action Grant, Carroll White REMC Operation Round Up, and Fulton REMC Operation Round Up. The total cost of the project was near $125,000.

From 2014 to 2016, the project was designed, and the grants were secured.  In 2017, the Pulaski Co. SWCD contracted Cardno, Inc. of Walkerton to stabilize the banks at River Tent area and also the new area called “Otter Bend” at the State Park, which is scheduled to open in July 2020. The two projects stabilized a total of 500 feet of the river bank.  Additionally, a new boat launch was installed at Otter Bend.  The Otter Bend area was previously private property. The original owners had installed a cement seawall to prevent erosion nearly 50 years ago. This cement wall had fallen into the river long ago and was used as part of the building material for the new bank stabilization. The stabilization project used vegetated geolift:  root wads, rock, rock-vein arms, and live tree stakes. Boy Scout Troop 219 from Fulton County planted 600 dogwood trees. Thanks to these efforts, less stress will be put on the riverbank and it will be strengthened considerably.  Another positive result is better conditions for the park’s wildlife. Construction was completed in the fall of 2018.

In 2018 the SWCD also received with the Partnership Award, from Indiana State Parks. This award showcased the partnership between Pulaski County SWCD and Tippecanoe River State Park.

This was a long project and took a lot of cooperation and partnership. The Pulaski County Soil and Water Conservation District would like to thank everyone who has helped make this possible.

On October 11, 2019 the Pulaski County SWCD hosted a field day to showcase the LARE project and give information to the IASWCD for the District Showcase Award. The beginning portion of the field day included interviews and a presentation about the LARE project at the Tippecanoe River State Park Nature Center. A link to the presentation is available below. 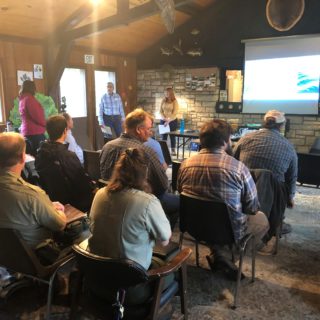 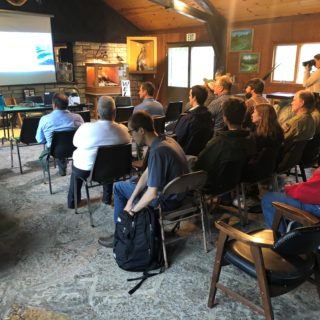 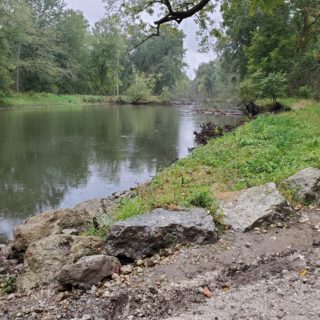 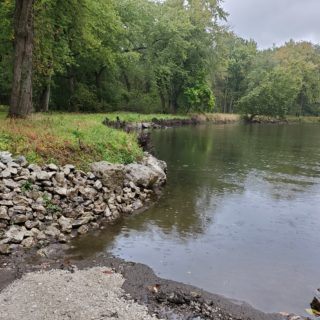 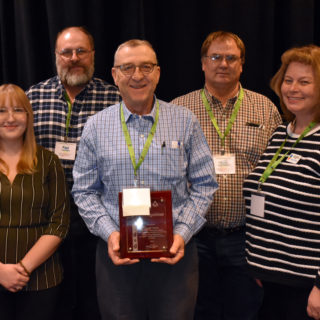 2019 Conservation Farmer of the Year

. The 2019 recipient of the annual Conservation Farmer of the Year goes to Steve Hintz of Hintz farms. Steve started farming in 1979 after graduating from…

Arrowhead RC&D’s 25th Anniversary River Rafting Expedition will be held this year on September 4th, 5th and 10th, 11th, and 12th. This 5-6 day event is held…

Visit the Pathway to Water Quality Exhibit: Where does all the water go after it rains? How does what people do on their land at home, on…